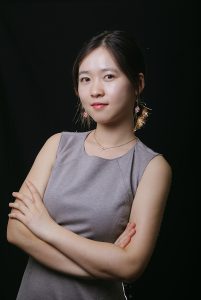 Born in Hunan, China, Bingjie Liu began her piano studies at the age of five. She received her Bachelor of Music degree from Wuhan Conservatory of Music in 2012. Upon her graduation she enrolled at University of Cincinnati, College-Conservatory of Music for her Master of Music degree, where she studied with Professor Eugene Pridonoff. She is currently a candidate for the Doctor of Musical Arts degree at University of Minnesota, where she is a fellowship recipient under Dr. Paul Shaw. She has been awarded Honorable Mention in The Schubert Club Scholarship Competition in Saint Paul in 2015, and she is the first place winner of the American Protégé International Concerto Competition 2017. She has performed solo and chamber recitals throughout China and the United States, and most recently, she made her debut at Carnegie Hall in November, 2017.