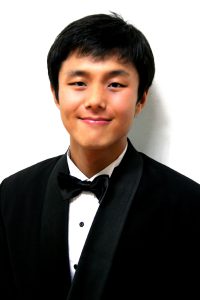 Baritone Jeehoon Kim is an active performer in the Twin Cities. He recently made his opera debut as Sharpless in Madama Butterfly. This was followed by his acclaimed performance of the title role in Rigoletto with Really Spicy Opera Company where he was lauded for his “bright and bombastic” voice and “great dynamic range in his voice and acting.” (Twin Cities Arts Reader). Additionally, Mr. Kim has performed the role of Tarquinius in Britten’s The Rape of Lucretia and as the title character in Puccini’s Gianni Schicchi with the University Opera Theatre at the University of Minnesota. In 2016, Mr. Kim won the Classical Music Voice Competition in Minnesota and was invited to Boston to compete in the National Finals in May 2016.