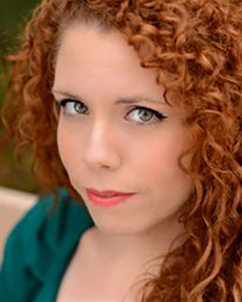 Spinto Soprano, Heather Hjelle, most recently took the stage performing the role of “Gioconda” in La Gioconda with Opera MODO. Previously, she made her professional debut as “Santuzza” in Cavalleria rusticana with Main Street Opera in 2017. Early that year, she covered Metropolitan Opera soprano Alexandra LoBianco as “Santuzza” with Opera Steamboat. That same year, Heather traveled to Italy to perform the role of “Donna Anna” in Don Giovanni with Operafestival di Roma.

A Minnesota native, Heather earned a degree in Theatre with a minor in music from Bethany Lutheran College in Mankato. At Bethany, she was a featured performer in numerous plays and choral ensembles. In 2016, she received her Masters of Vocal Performance from North Park University where she won second place in the Graduate Performance Awards.

Ms. Hjelle is looking forward to returning to Opera Steamboat this summer where she will be covering the role of “Ariadne” and performing the role of “Echo” in Strauss’s Ariadne auf Naxos. 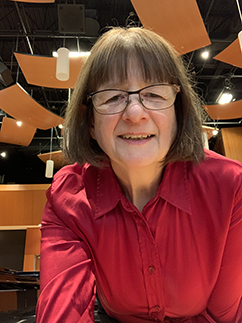 Adrienne Johnson has been an Elementary Teacher and playwright in the Archdiocese of St. Paul for over 20 years. After graduating with a degree from the Juilliard School she went into the field of education, with an emphasis on writing and producing original plays, one of which earned her a Grammy nomination in the field of education in 2016.

Adrienne raised four children (all boys) and started seriously practicing again five years ago. Encouraged by friends and mentors, she has participated in amateur competitions held in Boston, Washington DC, Denver, and Chicago.

Adrienne is an advocate of community service and works with local organizations to bring music to retirement and health communities in the Twin Cities area. She continues her own advancement in music by attending festivals such as Piano Texas and the International Keyboard Festival in New York during the summers.

Currently, she is writing a musical play about the immense contributions of Fred Rogers, titled It’s a Beautiful Day: celebrating love, joy and friendship. 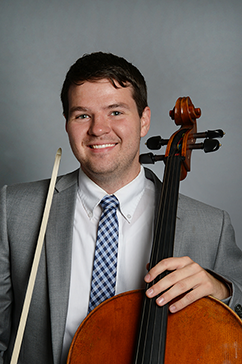 Minnesota born cellist Daniel Keeler is a passionate musician, composer, and educator. Praised for his lush and energetic performances, Daniel has appeared across the United States as a soloist, orchestral, and collaborative musician.

As an orchestral musician, his leadership roles span nearly a dozen orchestras at the community, collegiate, and professional levels. Accolades include appearances as a soloist with several orchestras around the midwest, including concertos and concert pieces by Bloch, Dvorak, Haydn, Lalo, and Popper. As an educator, Daniel is an Orchestra Director for Mounds View Public Schools, and teaches as a private lesson instructor to students of all ages and diverse backgrounds. Additionally, he has been a resident and guest cellist for several music festivals around the states of Minnesota and Missouri. Daniel has won several competitions including being Winner of the 2019 MNSOTA Mary West Solo Competition, 2017 MTNA State Competition, and the 2017 Missouri Emerging Artist Competition. In his free time Daniel enjoys hiking, canoeing, and backpacking around the United States, as well as boating excursions on the grand Lake Superior. 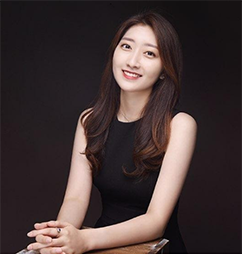 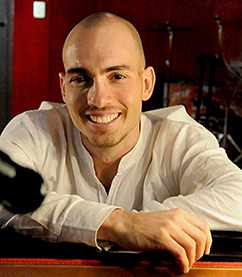 Music is a creative activity that makes us imagine a better world in order to create it. Amos believes that the experience of a live performance can touch our consciousness and change the way we look at the world, thus making us better human beings.

Amos is studying a Doctor of Musical Arts program in Piano Performance at the University of Minnesota under the guidance of the Professor Alexander Braginsky. During the past two years he was based mainly in the city of Merida, México, where he developed a remarkable concert career, as soloist and in different chamber formations. He was also Piano Professor and Collaborative Pianist at the Bachelor of Musical Arts of Escuela Superior de Artes de Yucatán (ESAY).

Regarded as one of the most outstanding young Mexican musicians, Amos Lucidi has performed extensively as a soloist and in chamber groups in Mexico, Italy, France and the United Kingdom, participating in important festivals such as the International Festival of Mayan Culture and Merida Fest. He has been soloist on several occasions with the Symphonic Orchestra of the Yucatan. More recent appearances include recitals in venues such as St. James’s Piccadilly and the Old Royal Naval College in London, l’Eglise de Saint-Merry in Paris and Teatro Clitunno in Trevi, Italy.

Amos’ solo repertoire comprises a wide range of authors from the Baroque to the 20th-century music, especially focusing on late Russian composers as Scriabin, Rachmaninov, and Prokofiev. He frequently includes music from the Mexican composers, Manuel M. Ponce and José Rolón, in his recitals. Most recently, he has started a project rescuing the piano compositions of Jorge González Ávila, considered as one of the most important composers of the mid-20th century in Mexico. Amos’s chamber music repertoire includes duos, trios, quartets, and quintets for piano and different instruments.

In September 2017 he obtained the title of Master of Arts in Piano Performance with Distinction at Trinity Laban Conservatoire of Music and Dance, under the guidance of the internationally renowned pianists Mikhail Kazakevich and Peter Tuite. He was the recipient of the Alfred Kitchin and Rosamund Mott scholarships, as well as the NOSWAD Charitable Trust. Renowned pianists, such as Lilya Zilberstein, Alan Weiss, Niklas Pokki, Enrico Pace, Drahomira Biligova, Giuseppe Bruno, Martyn van den Hoek and Jorge Federico Osorio, have acknowledged his talent and musical qualities in different master classes and piano festivals.

When Amos was eight years old he started piano lessons in Mexico, but it was not until the age of fourteen that he decided to devote himself to music under the guidance of Cuban pianist Alberto Alvarez. In 2011, he obtained the Bachelor Degree in Musical Arts with honors at the ESAY, (Escuela Superior de Artes de Yucatan). In 2014, he completed the Diploma di II Livello with mention Cum Laude at the Istituto Superiore di Studi Musicali “P. Mascagni” of Livorno with the Argentinian pianist Daniel Rivera. During his studies, he has obtained many scholarships and awards as recognition of his dedication.

In 2017 he funded the Nemesis Trio with Heather Stewart (violin) and Helena Švigelj (cello), both postgraduate students at Trinity Laban Conservatoire, which was awarded first place at the CAVATINA Intercollegiate Chamber Music Competition 2017. Winner of the 3rd place at the first piano competition José Jacinto Cuevas in Mérida, Mexico in 2008 and 2nd place at Premio Crescendo 2014 in Florence, Italy, his performances have been recognized in other competitions, where he has been a semifinalist, such as Premio Pianistico Scriabin 2014 in Italy and Concurso Angélica Morales-Yamaha 2016 in Mexico. 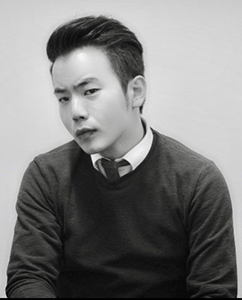 Korean-American Pianist Michael Min is currently pursuing his DMA in Piano Performance with Dr. Kyung Kim and studying Voice with Professor John De Haan at the University of Minnesota. He was formerly a faculty member at Middle Tennessee State University, where he actively performed and coached students in their musical studies. Michael received his B.A. from the Sahm-Yook University in Seoul, Korea and completed his M.M. at Middle Tennessee State University where he studied with Dr. Eun-byol Ko and Dr. Adam Clark. 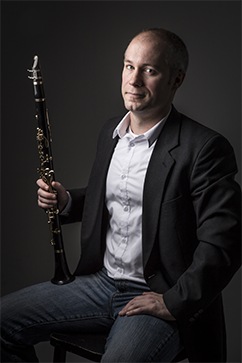 Chris Raddatz currently serves as principal clarinet with the Kenwood symphony Orchestra. A native of Wisconsin, Chris began playing the clarinet in the fifth grade. He received a B.A in music from the University of Wisconsin Eau Claire as well as a master’s in music performance from the University of Minnesota. His teachers have included Richard Fletcher, John Anderson, and John Scott. Chris currently lives in Saint Paul with his dogs Rags and Lola where he works as a restaurant manager.